I have spent 20 years creating large works by crocheting fiberglass, a process that engages my hand with the material at every step. In 2016, I began developing a body of wall-based works, using laser-cut acrylic sheets separated by vinyl spacers. The acrylic work is designed in Photoshop, plotted in Illustrator, and created entirely on a laser cutter which almost completely removes the sense of my hand from the final product. The journey to bring my hand back into the work began in summer of 2019 during my ARV.I residency in Vishovgrad, a village in central Bulgaria, where systems and forms were influenced by my experience of nearby Veliko Tarnovo, the historic capital of the second Bulgarian Empire.

In Bulgaria, I wanted not only to find ways to bring my hand back into the work but also to infuse some sense of place as response to what I saw and felt. I brought with me blank sheets of acrylic which I did shape with the laser-cutter here in Chicago. I made decisions about shapes and colors based on a previous body of work and general research about Bulgaria and her history. At ARV.I, using the pre-cut acrylic sheets as ground, I created line and shape by drilling holes, scratching line with nail, spraying paint and varnish, tracing over carbon paper, drawing with graphite, and adding wooden elements.

Veliko Tarnovo wears its history of cultural changes as layers of translucent veils that blend, obscure, but not fully replace. Soviet brutalist architecture, modernist building styles of the 1930s, and centuries old streets and monasteries fuse together naturally as they breathe out similar rhythms of form and geometry.

Before arriving in Veliko Tarnovo, I spent one week in Linz, Austria at a mathematical art conference where I was reminded of John Venn’s Random Walk diagrams. This logic of mapping spoke directly to the terraced maze-like structure of the centuries old body that is Veliko Tarnovo and its visible layers of time. From this the Elevation pieces were borne. The Architectonic Elements pieces speak directly to elements of building structures and façades. Shapes found in the Building Blocks pieces are anchored in the shape of a common concrete city bench and the ever-present rectangles with rounded corners. The two different expressions of the same form presented as one body reflect Bulgaria’s cultural history as a complicated hybrid of east and west.

The six works I created during my ARV.I residency arv.international/ were presented in Walking VT: Notes in Geometric Responses, a solo exhibition at Gallery Heerz Tooya, Veliko Tarnovo, Bulgaria heerztooya.com/ 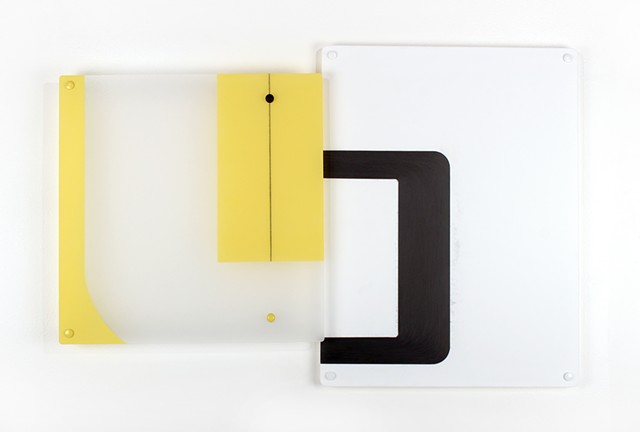 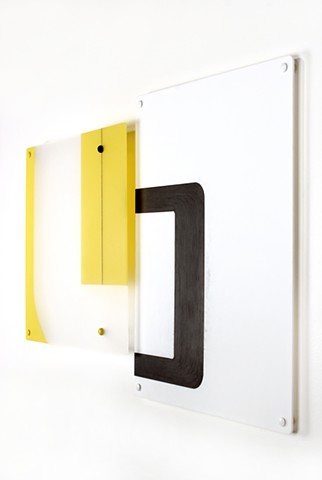 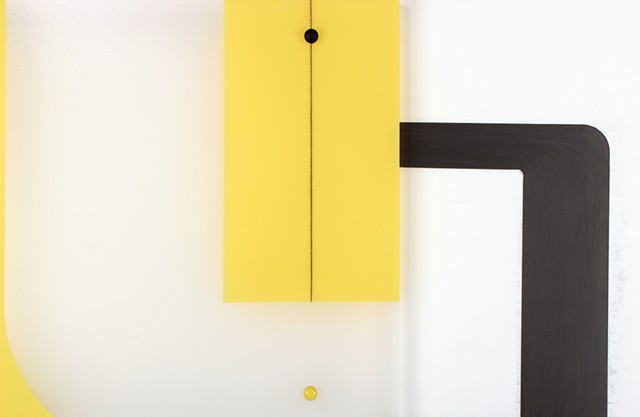 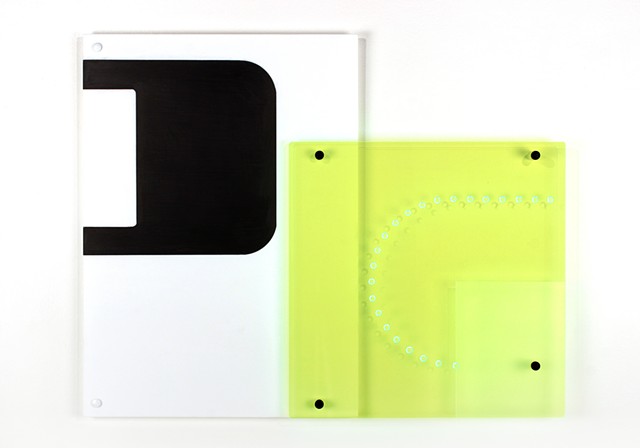 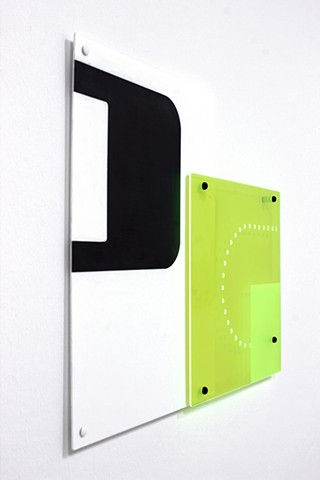 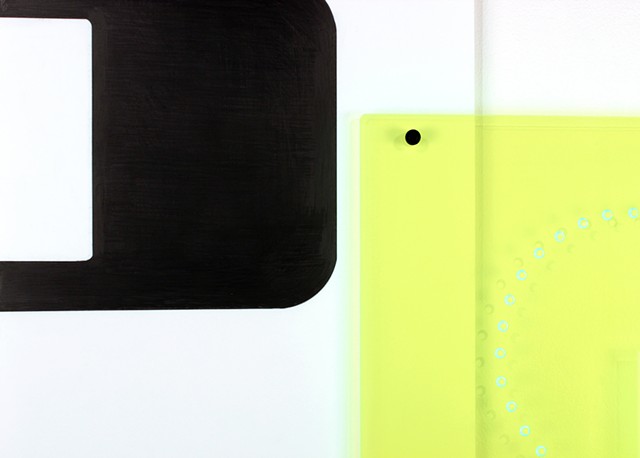 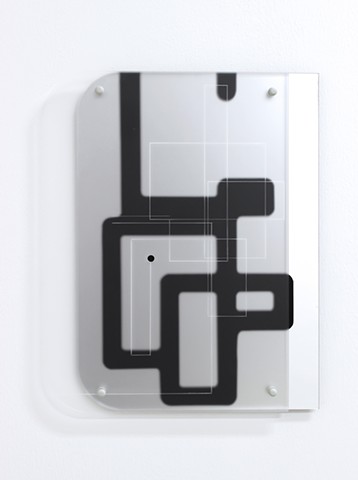 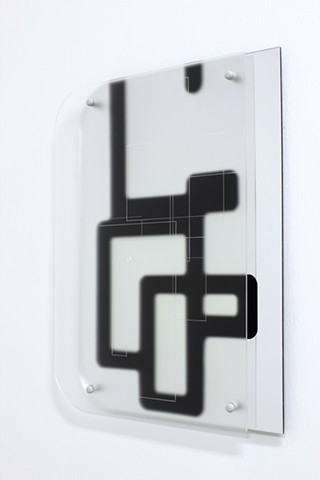 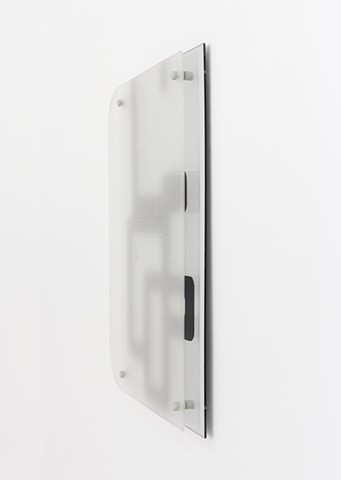 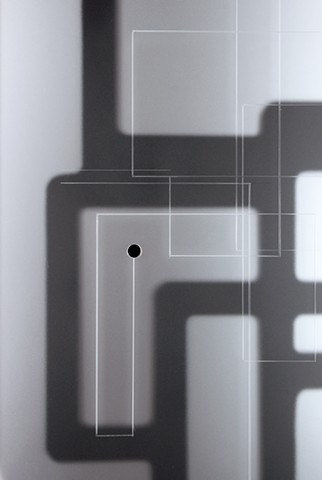 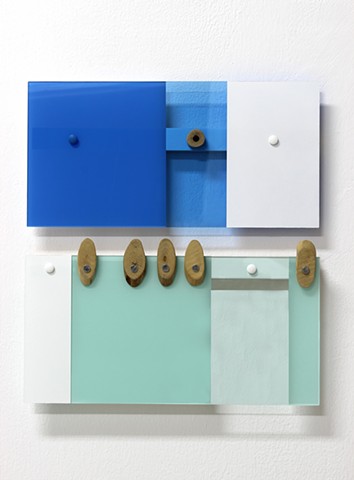 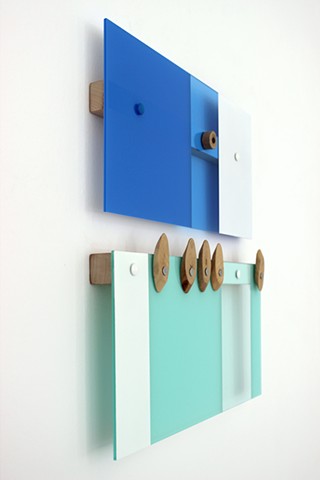 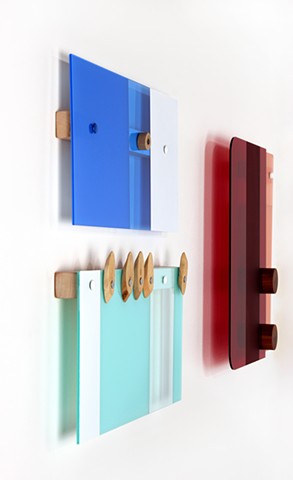 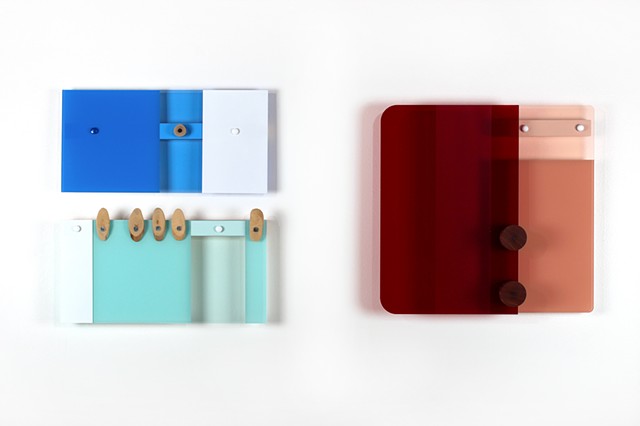 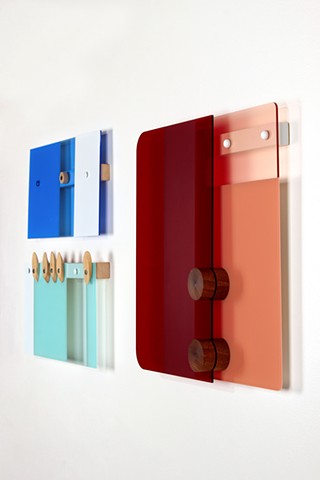 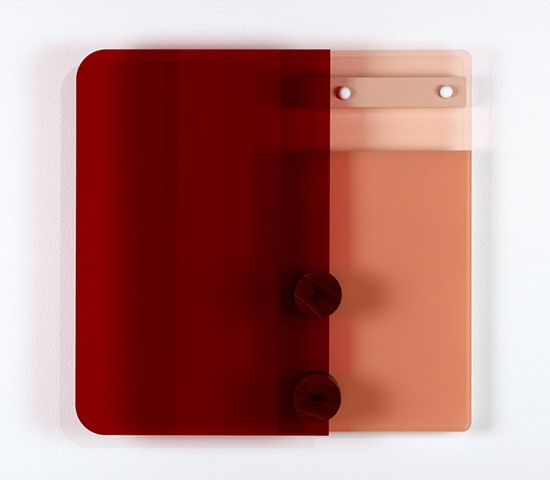 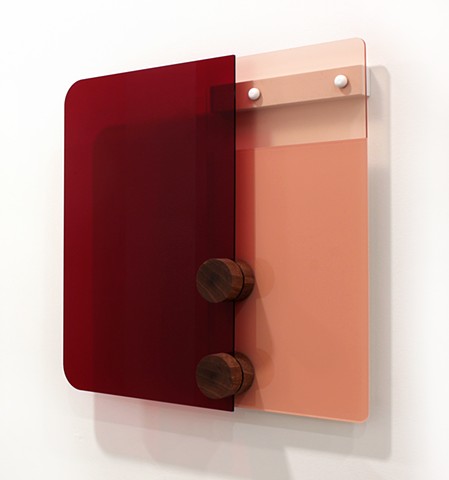 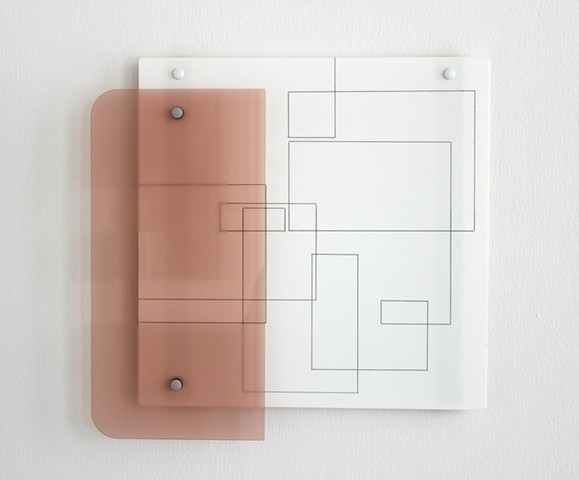 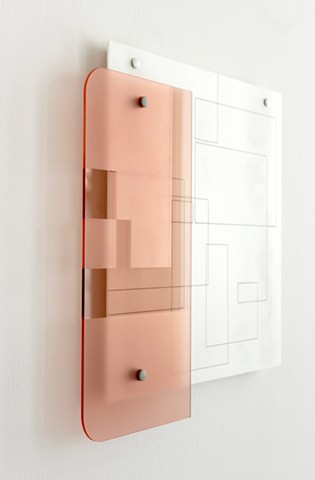 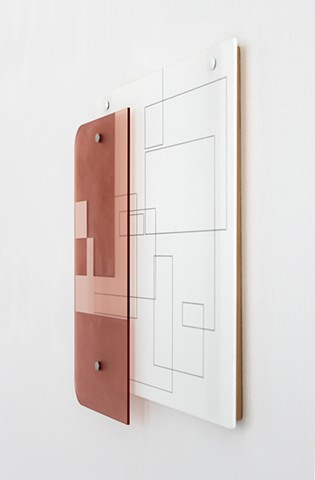 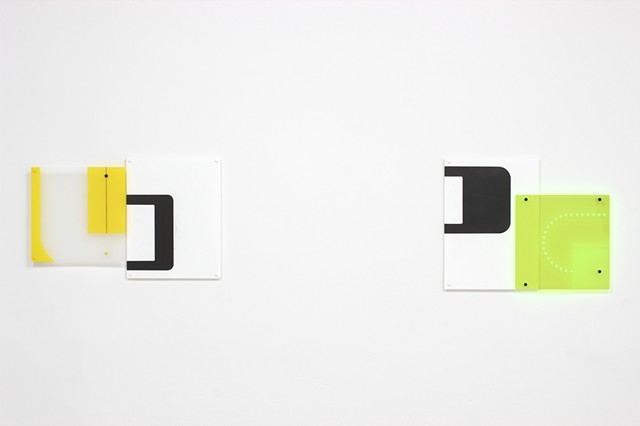 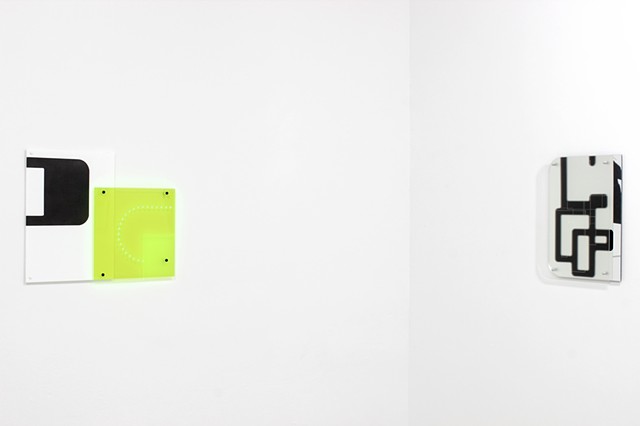 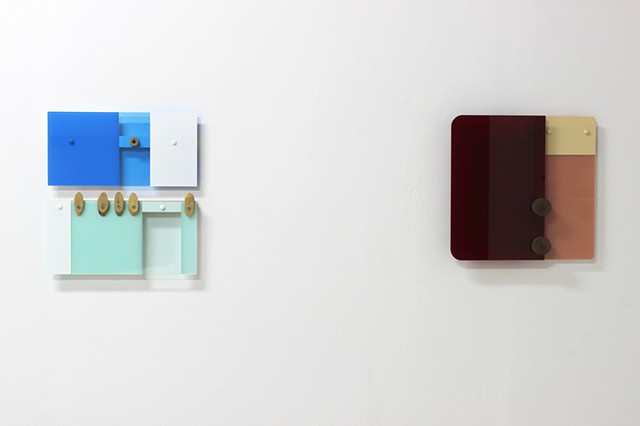 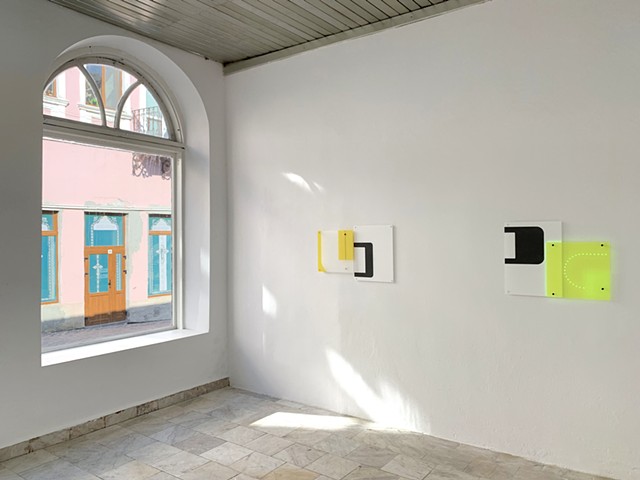 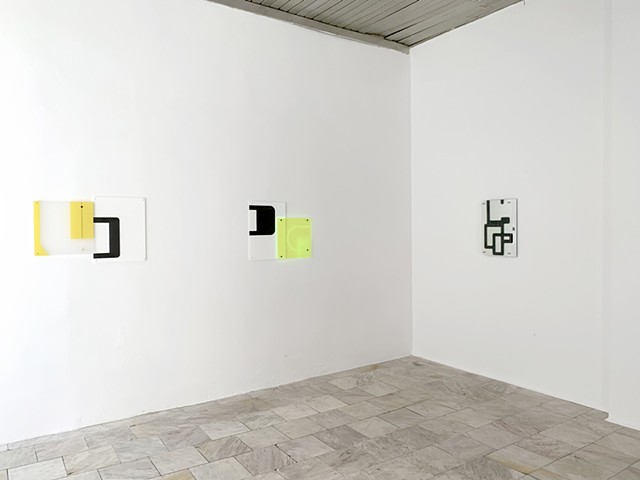 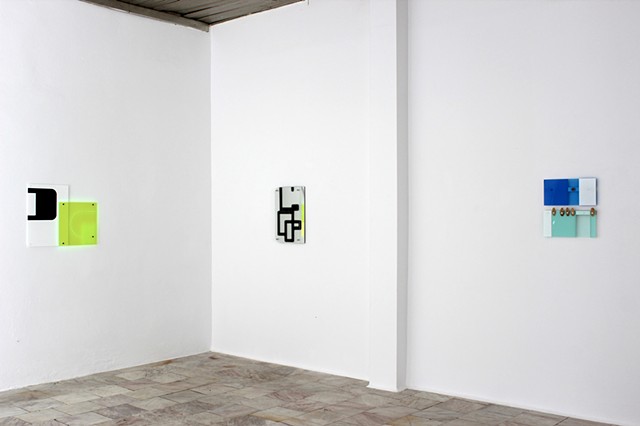 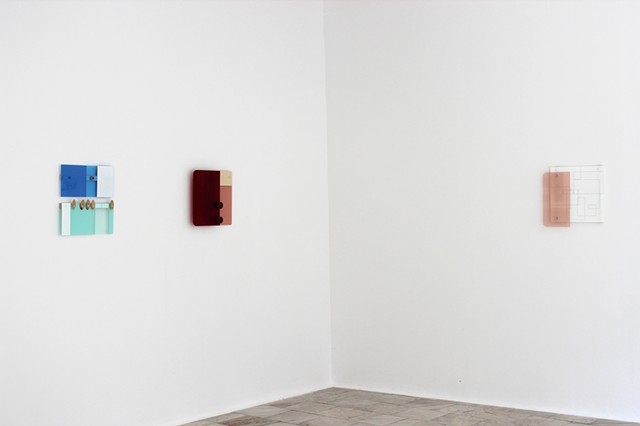 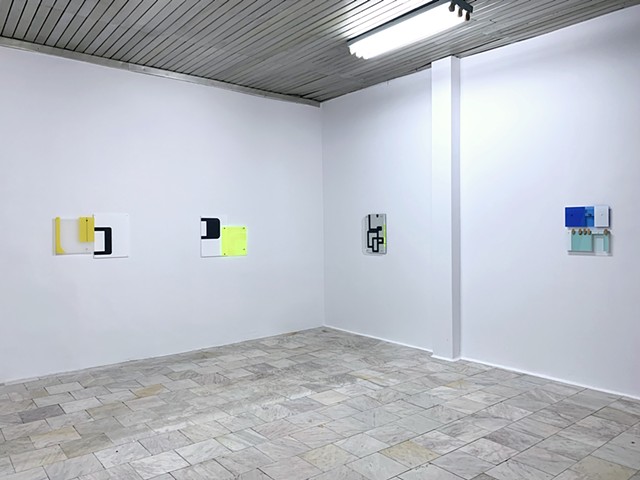 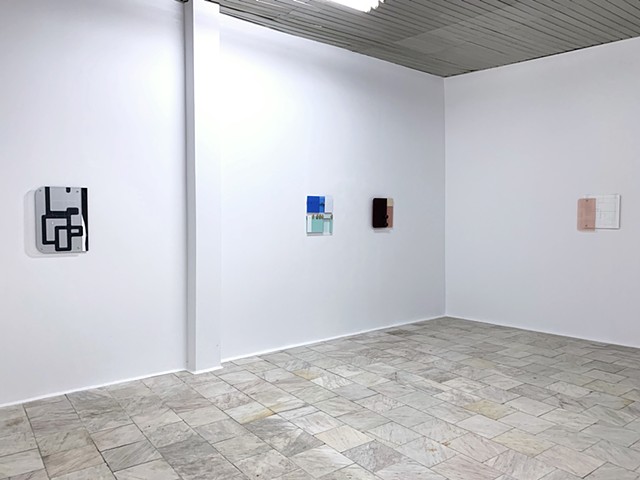